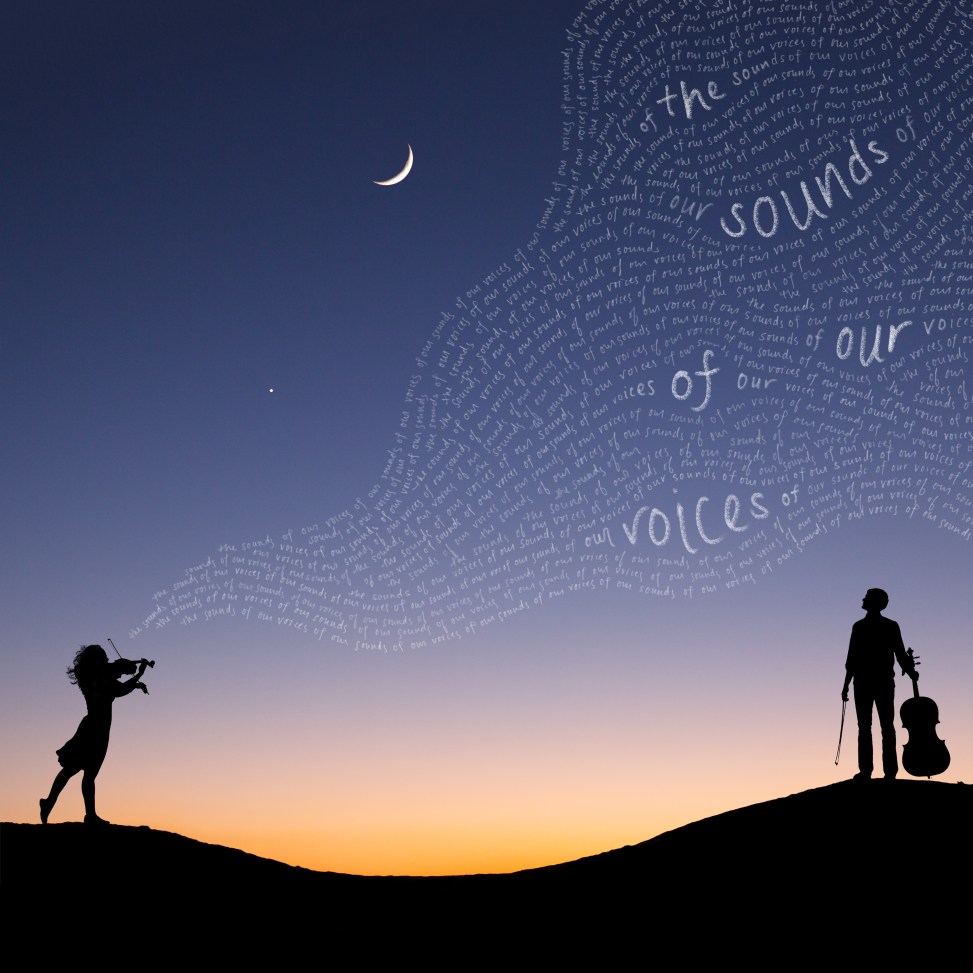 The Sounds of Our Voices

A few years ago, Jeremy (whom I barely knew at the time) asked me for help on a project. He wanted me to play viola on some songs he was writing, which he described as “slow/somewhat pretty/cyclical pop songs.” Those deceptive words masked the enormity of the project – after four years of countless late-night gchat debates, umpteen recording takes, a cold and windy photo shoot, and hours of scrawling the words “sounds of our voices” over and over (and over again), I’m so excited that his songs have finally made it out into the world.

I got pulled into album art after Jeremy had already discussed concepts with his good friend and extremely talented photographer John. The idea involved guy and girl on a hill, silhouetted, with the girl playing viola with an upward motion (“swoosh!”), and the guy sitting by his cello. We actually ended up mostly keeping that idea, although a lot of other ideas were also tossed around in the meantime – girl levitating (too hard, possibly dangerous), girl climbing out of ocean onto a jagged rocky shore (too creepy, probable hypothermia). John came to town and took some shots of us at the Berkeley Marina on a frigid and blustery December day (note the many layers I wore). He then turned our photos into silhouettes, and worked some magic to composite them with separate shots of the sunset, the moon, and Venus (the dot you see to the lower left of the moon). Then I added a few words on top, and we were done. 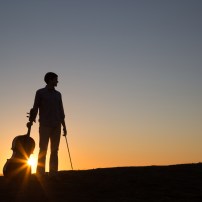 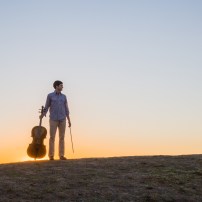 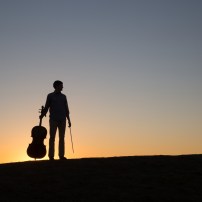 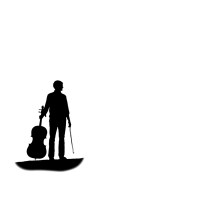 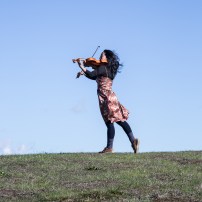 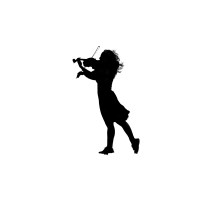 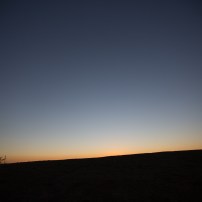 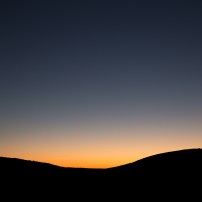 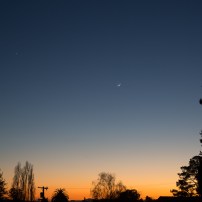 Just kidding! We played with all the variables: the shape of the terrain, our relative heights, the orientations of our faces (looking towards each other, or looking away?), the tilt of Jeremy’s head (looking towards girl, or looking towards the sky?), the background hue, the positions of Venus and the Moon, I could go on and on. Click on the images below and use the arrow keys to flip through them – they all look pretty similar, but each one of them is subtly different.  Beyond the aesthetics, it also had to accurately represent the story conveyed in the music, but I won’t give that away here – you’ll have to listen to the whole thing. 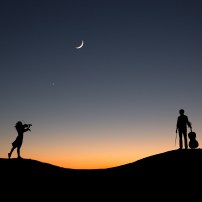 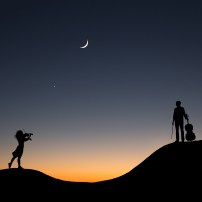 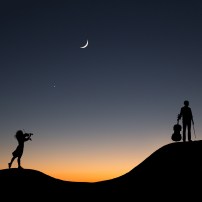 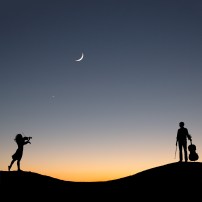 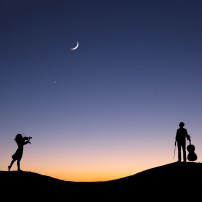 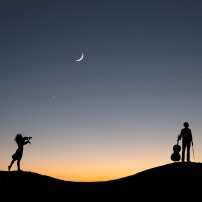 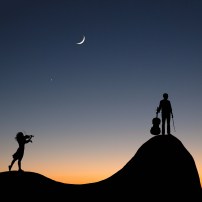 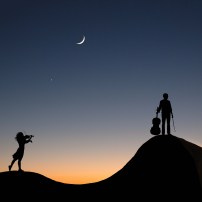 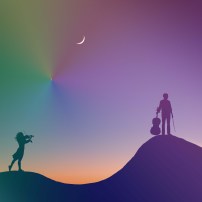 Meanwhile, we also wanted to overlay a design on the photograph to display the album title and to further emphasize the upward swoosh motion. We finally settled on swirlies emanating from my viola, which we first constructed out of simple dotted lines. But, true to our tradition of overcomplicating everything, we decided instead to draw the swirlies as lines of words – the sounds of our voices of our sounds of our voices. It took a lot of trial and error (and hand cramps) to figure out how to incorporate the big words into the little words, how to make the swirlies more aesthetically pleasing, and how to bring out Venus and the moon, but I think we finally got it (phew). 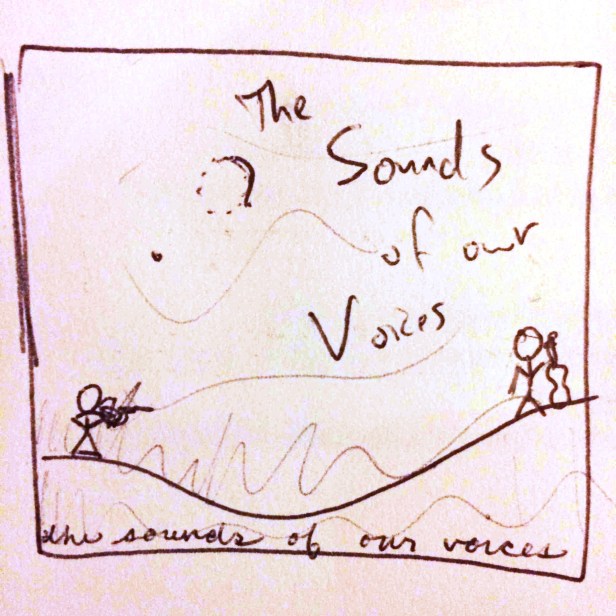 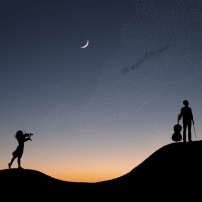 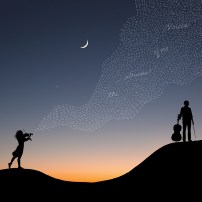 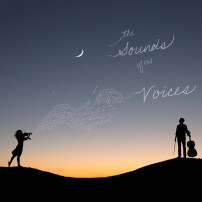 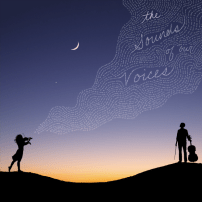 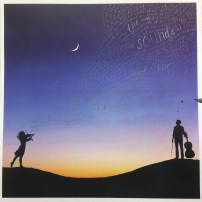 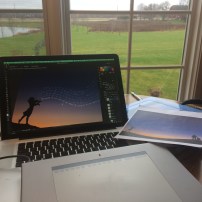 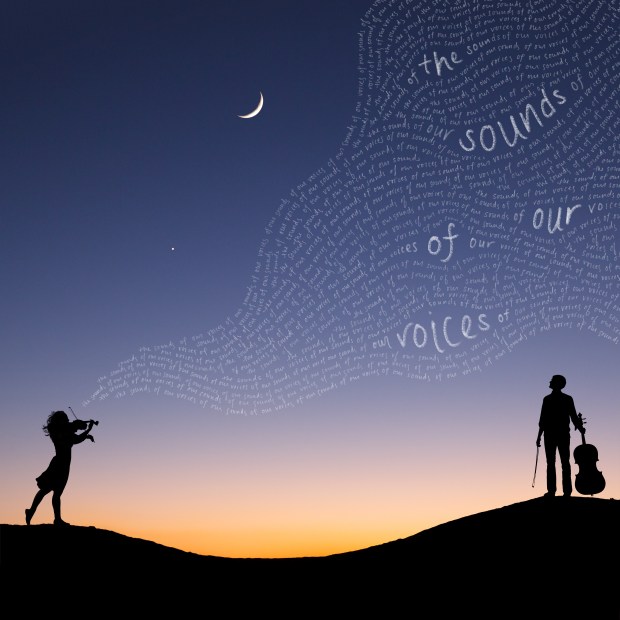 By the way, Jeremy’s original description of his songs – as “slow/somewhat pretty/cyclical pop songs” doesn’t really hit the mark. For all the effort that went into the album art, he put 100x more effort into the music itself. These aren’t your run-of-the-mill Justin Bieber pop ballads – they’re ridiculously thoughtful works of art, exuding a richness of musical and literary complexity. Listen closely, and you’ll find references to Beethoven, Mahler, Berg, Homer, and Kundera, just to name a few. Are they highbrow? Of course. But they’re also extremely accessible – and, dare I say, enjoyable. Check them out, and decide for yourself.